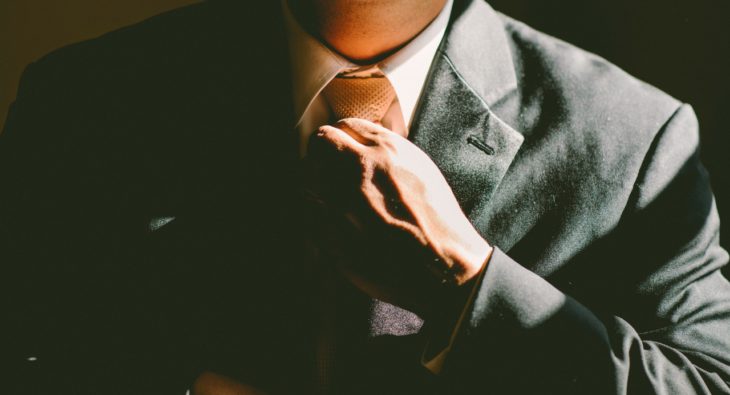 Imagine a scenario that happens to you every day. You are driving to work.

You pull out of your driveway just like you do every day.

You get on the highway just like you do every day.

You think about the coming day, the soccer practice you have to take the kids to that night just like WHAM…

Next thing you know you wake up in the hospital with friends and family all around you.

You’ve been in a coma for a week. You are going to be okay, but it’s going to be a slow process.

Thankfully everything is taken care of because you executed a Power of Attorney as part of your estate plan.

But in 2017 things changed. The law was updated. Do you need to update your power of attorney?

Let’s just get that right out of the way up front.

Things have changed though, so let’s talk about what exactly is going on.

On January 1, 2017 a revised Washington Power of Attorney Act went into effect. The effect is actually a welcome one for most people – the language has been cleaned up, the powers have been more succinctly defined, and precautions have been added to prevent bad actors from taking advantage in their role as power of attorney.

Here are some of the changes.

Back in the old days your power of attorney was referred to as your attorney-in-fact. Now they are called your agent.

Prior to 2016, a Power of Attorney did not need to be witnessed or notarized to be valid.

In 2017, any Power of Attorney document will need to be notarized OR witnessed by two disinterested parties, meaning two people who are not related to the agent or the principal.

The effect here is to reduce fraud. And it’s a welcome one.

Resignation of Agent and Co-Agency

You have always been able to designate co-agents to act on your behalf.

The problem was, there were no rules about how they were supposed to act.

That means if you didn’t spell it out in your document there was a good chance your co-agents wouldn’t know what to do and how to act together.

The new Power of Attorney law takes care of this and requires that unless otherwise stated in the document, Co-agents are required to make decisions together.

The new law also states that should an agent wish to resign, they can do so at any time by giving written notice to all relevant parties and the principal.

The old Power of Attorney Act was silent on an agent’s duty.

The new law outlines specific duties for the agent to follow.

While an attorney can remove specific duties from the document itself, the agent must continue to act in good faith, and in the principal’s best interest.

Here are some of the good duties required of the law:

Pretty decent requirement all around. The point – agents have to act in your best interest.

Effect of Divorce on Spousal Agent

Under the old Power of Attorney law, if you were getting a divorce and your spouse was the named agent, they remained so until the divorce was actually completed.

The new Power of Attorney law revokes a spouse as agent as soon as a divorce action is filed.

I think the reason for this is pretty clear.

An Agent’s Ability to Gift on Your Behalf

Under the old law there were no limits imposed upon agents gifting for the principal.

Now, unless otherwise stated in the document, an agent’s gifting power will be limited to the annual exclusion amount of $14,000 per year/per person.

The new law also underlines that the agent can only make gifts if they are in the best interest of the principal and are consistent with the principal’s original objectives.

Durability of the Power of Attorney Power

Under the new Act, whether the document is immediate or durable, if a Power of Attorney document is silent on the duration of the agent’s power, it will terminate upon the incapacity of the principal.

So, for example, you execute a power of attorney and leave the time the person you appointed has the power open ended and say nothing, it ends the moment you are deemed to be incapacitated.

If the document indicates that the agent’s power is “durable”, it means that that the power will survive the incapacity of the principal.

If a document is unclear or silent on the durability of an agent’s power than that power will terminate upon the incapacity of the principal.

HIPAA Authority and Grants of Authority

The new law indicates that any person appointed as an agent will automatically have HIPAA authority.

This is an important change because the old rule was silent on whether agents would automatically have access to medical records.

The new law also eliminates the need for lengthy documents, as it outlines specific agent’s powers that can be excluded from the document by generally referencing the broad authority outlined in the new law.

Although most estate planning attorneys I know haven’t brought this up, I thought the changes regarding the nomination of a temporary guardian for minor children are important to talk about in any discussion regarding power of attorney.

The new law allows one to nominate a temporary guardian of their children within their power of attorney.

You, as a parent, can authorize someone to make health care decisions on behalf of your kids, and you can make this contingent on there being no other parent or representative available to help.

You, as a parent, can nominate someone to act as the caregiver for your child during disability, for a specific duration of time, or both.

Bottom line here is, the ability to include this information in your power of attorney, which you couldn’t do before (at least not by law) is a game changer for nominating temporary guardians.

Now, if your kids ever leave for an extended period (school trip) or you leave (work, etc.) you can rest easy knowing someone is there to make decisions if necessary.

Bottom Line with the New Power of Attorney Law

The bottom line is, there are a ton of great changes and the some inconsistencies were cleared up.

If you ever need help with something like this, please give us a call!

Christopher Small wants to help you live a rich life now and leave a rich legacy when you are gone. He wants you to have your cake and eat it too. That’s what the #RichLifeLawyer Show is all about. It’s his way of helping you protect your family, create wealth right now, and establish generational wealth, for free. You’ll find information here on estate planning, financial planning, productivity, finance, self-improvement, family protection, tax avoidance, and anything else that will help improve your quality of life (and after-life). Christopher is the owner of CMS Law Firm LLC, a Bellevue estate planning law firm. CMS Law Firm does three things really well: (1) estate planning; (2) probate; and (3) trust administration.