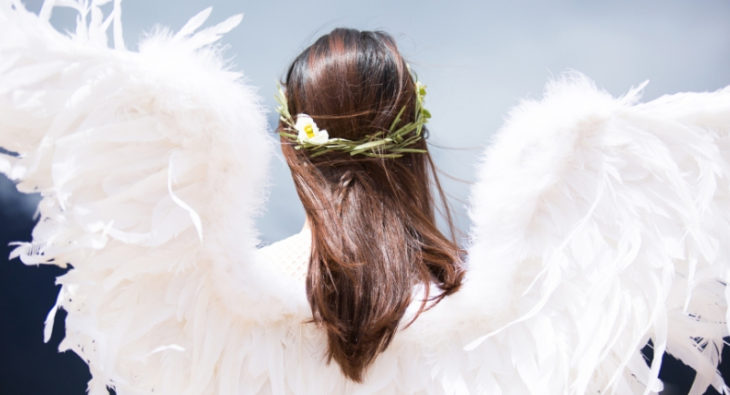 Hey everybody, it’s Christopher Small from CMS Law Firm and today I wanted to talk to you about something that comes up all the time and that is how to choose a guardian for your kids if you can’t agree with your spouse.

And before we get there by the way, if you want to learn more about this and about estate planning in general and sort of what goes into a basic estate plan including whether or not you need a trust then you can go check out estateplanningvideo.com. It’s a short little sort of informational video that I put together, it’s free, and you can just go check it out, and it will answer a lot of your questions. I think give you a lot of helpful information about sort of what goes into estate planning and what it really is because there is more than meets the eye. All right?

But, in the event guardians for your kids when you can’t agree.

Thankfully my wife and I are pretty much in agreement about who is going to take care of our kids, but I have many, many friends and have many, many clients that come in and tell me that either they haven’t done anything when it comes to estate planning, or they’ve been holding out for a long time because they can’t agree on who should be the guardians.

It’s one of the reasons a lot of people do estate planning in the first place. But again, it’s also one of the things that holds people back because they can’t agree.

You know I always say, “We all know those people in our family that look really good on paper but that we would never, ever, ever, want to raise our kids. You know, imagine that, it’s what the judge is going to be looking at.

So when it comes to choosing guardians, if you can’t agree there’s a pretty straight forward exercise that I like to do that at least helps promote conversation and to push the conversation forward so hopefully you can get to someone.

I also say as you sort of embark on this process, as you begin this process and try to actually come to an agreement between the two of you remember that often your B choice, like your second choice, or even your third choice, when you’re sort of agreeing or coming to a compromise with your spouse is better, most times than a judge picking. Because if a judge has to pick you’ve lost all control. You’ve lost all oversight, and you’re really just rolling the dice on who is going to raise your kids and that is something that I would never want to do with my own kids.

So I would find a way to come to an agreement with my wife, and I’m going to give you some ideas here right now to help you sort of move that conversation along and hopefully get to a place where maybe it’s someone that you guys are both just okay with but can both agree to putting in that position for the time being so if something ever happens there’s someone there to sort of take care of them. All right, so first things first.

What I tell everybody to do is make a list of all the people you do not want to be your guardian. Okay, these are absolute no’s. You are not allowed however, Dale what’s up? You are not allowed … If you can hear me by the way Dale, say hello, say hi, say hey. You are not allowed when you are making this list to write down people that you know your spouse wants to be the guardian just because you don’t want them to be the guardian. Okay these are … When you’re thinking about who goes on this no list you really want to come up with people that have beliefs related to religion or politics or money or education or parenting that are sort of in opposition to you. So people that you actually would not want to raise your kids, okay? Make that list. That’s step one. Both of you make that list.

That’s going to be the no fly zone list. Hopefully not everybody’s just on that list for both of you. Okay? If that happens then you’re just going to have to scratch those lists and move on and do this other stuff. Because what we’re going to do next will probably take some people off of that list. Off of that no list and put them on the yes list potentially.

Now you’re going to make a list of all the people that could be potential guardians. Probably like a list of like five. A short list. And then you’re going to rate them on how they stack up against your top two or three values that you’ve written down. Okay and then your spouse is going to do the same thing. And then you guys are going to share those lists, and put them together and basically what I would suggest that you do, at least for now is when you come to a person that is the same, that’s the person for now. The reason I say for now is because you can always revisit this list. You can always revisit this process. You can always change your mind and you can always change who your guardian is going to be after you make it. Okay, it’s not something that’s set in stone it’s something that can be updated very easily.

Your guardian designations go in your will and so to update your will, maybe like $100 maybe $150 depending on who you’re working with. And by the way, if you want to know about what a will can do. What a power of attorney can do. What a medical power of attorney can do, please go to estateplanningvideo.com and check it out, okay? I’ve put together a little presentation there. Just all information, all helpful information. I guarantee you’ll walk away from watching that video having an idea exactly of what an estate plan looks like and probably have a good idea of what your estate is going to look like. All right? So one more time, estateplanningvideo.com.

All right so once you get to this list, once you’ve got these names and you get the person that you want, the next thing you have to do is just go make your plan. All right, and like I said the idea here, or the important thing to remember is that if you don’t pick, if you don’t designate someone in your will to be the guardian for your children if something happens to you and your spouse then a judge is going to pick and I wouldn’t want to leave that decision up to some stranger and I’m sure you wouldn’t either. So really just take this seriously, take your time, take the time to do it. It’s important, it’s not urgent so you’re going to have to do it and come up with your own time, okay?

So that’s it. One more time, to end. If you want sort of the whole spiel on estate planning, if you want a good overview, a good foundation, go to estateplanningvideo.com and check it out. If you like this video hit the like button. If you have a comment or question please leave it. If you know someone that could use this information please hit the share button and share it with them.

All right, that is it. Thanks a lot and I will talk to you again soon. Bye.

Asset protection device number two (ie the lawyery one you all are thinking about)....Want the full inside scoop on this? Sign up for my newsletter and I’ll let you know when I’m talking about it.
The estate planning documents you need if you’re going into surgery...