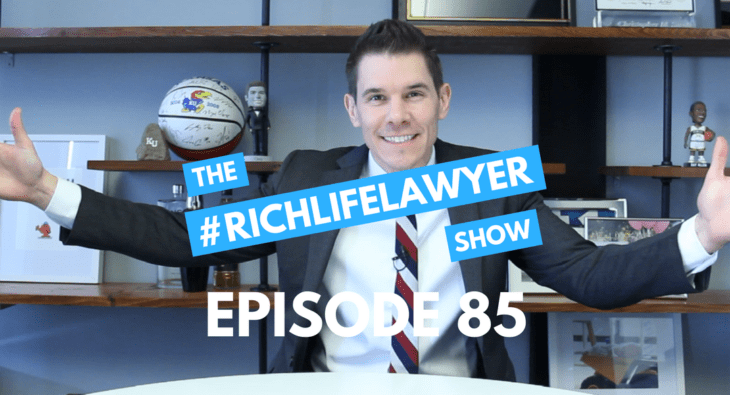 The Problem with Appointing Siblings as Trustees | #RichLifeLawyer Show 85

Choosing a trustee is often a difficult problem for my clients.

For many people the simplest choice is one of their kids. Often there is one kid that stands out from the others in those categories, and choosing them seems the natural course of action.

But that’s often just about the worst thing you can do.

There are three reasons why…

With siblings as trustees, there are potential problems everywhere. Here are just a few.

1. The history of the relationship spilling over into the decision making process, i.e. choices being made based not on the trust instructions but on outside factors.

2. Distributions being denied because the sibling believes (rightly or wrongly) that any money held by the trust when the other siblings die will pass on to the trustee’s direct family.

3. Arguments and accusations of the trustee favoring their own family over the other beneficiaries (assuming the sibling trustee is also a beneficiary in some capacity).

As you can see, the potential problems are everywhere.

No-Win Situation for the Sibling Trustee

When it comes to having siblings as trustees the biggest problem exists for the sibling appointed as trustee.

No matter what they do they can’t win.

If they are lenient with what their sibling wants they don’t uphold the original intent of the trust.

If they adhere to the rules of the trust the other sibling is often offended. No one wants to have to write to their brother or sister to ask for money.

And the one that gets put in charge of making the decisions always loses.

They Don’t Have the Skills to do the Work

Whether you know it or not, trust administration is not easy work.

The money must be managed efficiently and effectively to maximize the benefit to the beneficiaries.

Notices must be sent on time.

Taxes must be assessed and paid.

Distributions must be made on time (and correctly).

And the intricate rules of the trust must be followed exactly.

Most people have never had to deal with that before. And most people aren’t equipped to do it when appointed.

Siblings are no different.

Bottom line, if you are considering appointing one child to oversee the trust of another, you should consider all of your options. Call us today to find out what those are.

Christopher Small wants to help you live a rich life now and leave a rich legacy when you are gone. He wants you to have your cake and eat it too. That’s what the #RichLifeLawyer Show is all about. It’s his way of helping you protect your family, create wealth right now, and establish generational wealth, for free. You’ll find information here on estate planning, financial planning, productivity, finance, self-improvement, family protection, tax avoidance, and anything else that will help improve your quality of life (and after-life). Christopher is the owner of CMS Law Firm LLC, a Seattle estate planning law firm. CMS Law Firm does three things really well: (1) estate planning; (2) probate; and (3) trust administration.

The Problem with Appointing Siblings as Trustees Transcript

On this episode of the show we’re going to talk about the potential problems with appointing siblings as trustees.

Hey everybody, this is Christopher Small and in this episode 85 of the Rich Life Lawyer Show, I am super excited to be here with you today and to talk about a subject that is near and dear to my heart, obviously we’re talking about everything estate planning.

If you don’t know who I am, I am Christopher Small. I’m the owner of CMS Law Firm, we do estate planning and that’s it. We’re really good at it, because that’s all we do. My focus is on families, on protection, on generational wealth, on making sure that your money is used for good, when you’re gone.

So, thank you for being here, and let’s talk about siblings as trustees. There’s a situation that came across my desk a while ago, it was a question actually from another attorney, and they were presented with a situation where there was a parent that wanted to create a trust for their kids.

They were concerned because one of the kids didn’t have the best history with money, spends it frivolously, or used it on things that weren’t important, or just would blow it. And so, they were concerned about wasting and just giving away their money for it to be used for bad purposes.

So, they wanted to create this trust and then they were considering making one of the trustees, which is the person who oversees the trust, manages the money, another sibling. So another sister or brother of this person. And they were concerned, because they had thought that there might be some problems, there.

And I just want to talk about what they are right now, there are really three big potential problems. The first problem is the potential conflict of interest that can arise. Depending on the way the trust is set, there can be a situation, where the person that’s the trustee overseeing the money for their brother or their sister, will receive a windfall if that money is not actually given to that brother or sister.

Imagine a situation where the bad brother passes away and the trustee receives the balance that’s left. That can create a conflict where the trustee, even though they may be acting in their best interests, it doesn’t look right, because there’s always that cloud of “Oh, they’re saving this money for themselves.” They’re deciding not to distribute money because they want to keep it for themselves. So that’s the first problem that can arise.

And with my kids, I want to make sure that they are family first, all the time. We always preach loyalty, we stay within the family, we protect each other, that kind of thing. And that can be really tough, when you put the good kid in a situation with overseeing the money of the bad kid.

The third problem that can arise, is that the person that you’re putting in charge, even though they’re the good kid, they’re the responsible kid, they may still not have the skills to manage and take care of the trust in a way that benefits the good kid or the bad kid, or everybody. What may seem like a lot of money, let’s say you have $500,000, if you’re trying to stretch that out, over 25 or 30 years or so, if that’s not managed properly, then the money can get sucked out.

It can also be tough because the good kid’s going to have to decide whether or not they want to be a true manager, a true trustee or if they want to have a good relationship with their sibling. There can be pressure put on there. So, the good kid may not be equipped to handle the accounting, the taxes, the distributions, the notices, the filings, all these things that go along with being a trustee.

So, for those three reasons it may not be a good idea to appoint a sibling as a trustee. Now, what’s the solution? Well there are a couple of solutions, if you have someone that is good with money, that you trust, that does have some skills in these areas, then you may want to appoint them.

The questions are do they meet the elements of the trust distribution requirements? If they do, then the money gets sent out, if it doesn’t, then it doesn’t. There’s no hard feelings between siblings, because you, as the professional trustee, or me, for example, would be the bad guy. Now, the downside to having a professional trustee is that you have to pay them.

And our fees are much lower, because our process is streamlined, and we do some other things, we’re not beholden to our own stockholders, so I’m not trying to make money, basically. In any event, the goal here is to make sure that you think this through.

So, hopefully this helped. If you have more questions, you can always call 206-659-1512 you can email me chris@cmslawfirm.com I’d love to hear from you and I would love to help you make your family great, forever. Right, that’s it for today, thank you. Talk to you soon.